Breaking News
Home / How To / How to make a snowflake in 3D paper: 12 steps (with pictures)

How to make a snowflake in 3D paper: 12 steps (with pictures) 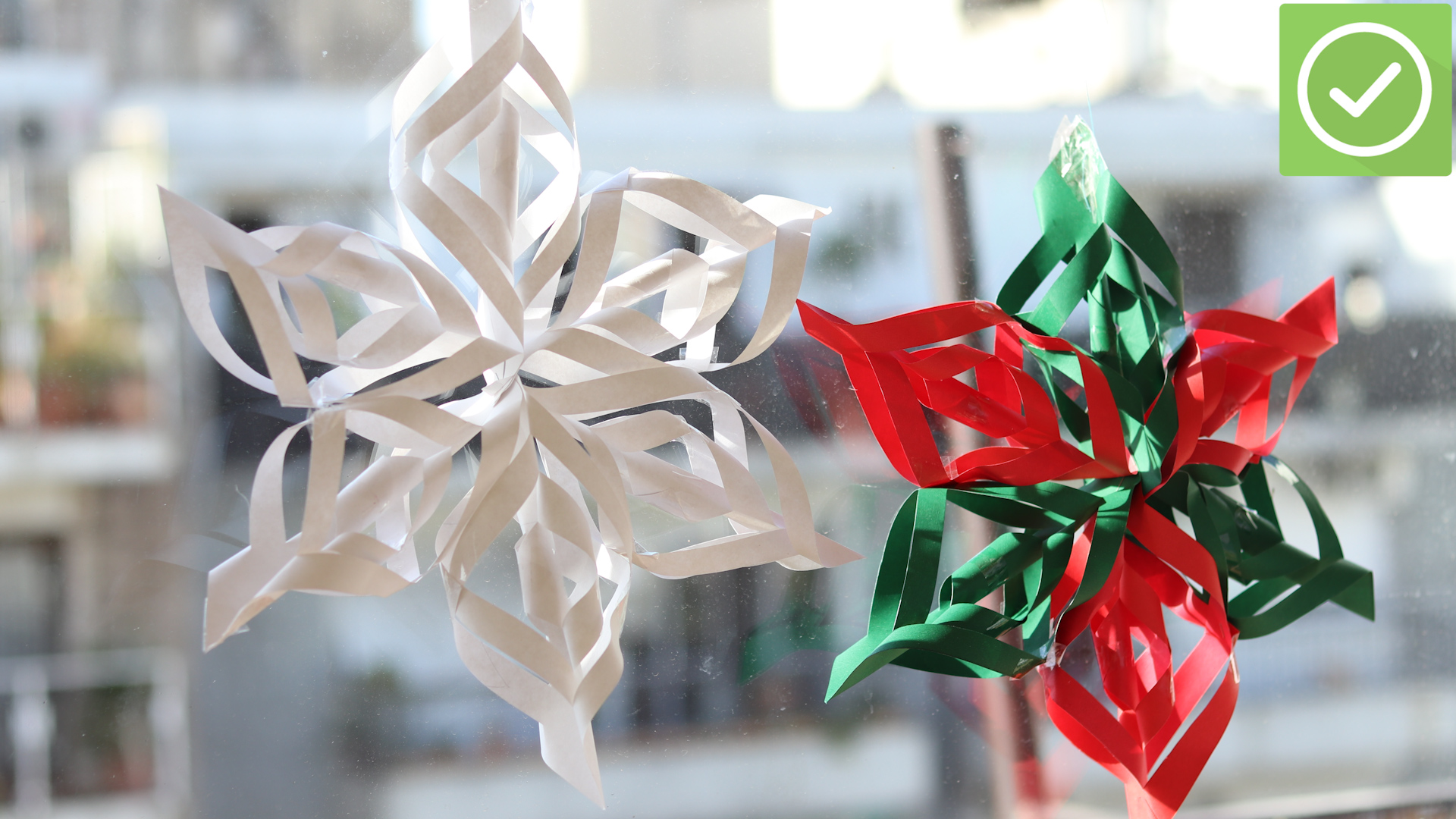 To create a snowflake in 3D paper, you need 6 square pieces of paper that are the same size, scissors and clear tape. To get started, fold one of the squares in half diagonally so that it is a triangle. Then fold the triangle in half so that you are left with a smaller triangle. Use your scissors to cut three evenly distributed vertical slots along one of the short sides of the triangle and stop each slit before reaching the other side. Now, wrap the paper all the way so it becomes a square again. Tape the tips of the two inner tabs together. Then flip the paper and tape the tips of the next 2 flaps together. Turn the paper over again and tape the third pair of flaps together, then do the same on the other side again with the last two flaps. Now you're done with the snowflake's first arm. Set the first arm aside and repeat with the other five squares. When you're done, tape the bottom of 2 of the snowflake arms together. Then tape the arms together where they move in the middle. Tape on the rest of the snowflake arms at a time. Once you've attached the last arm, your 3D paper's snowflake is ready!

How to make a knitting pattern