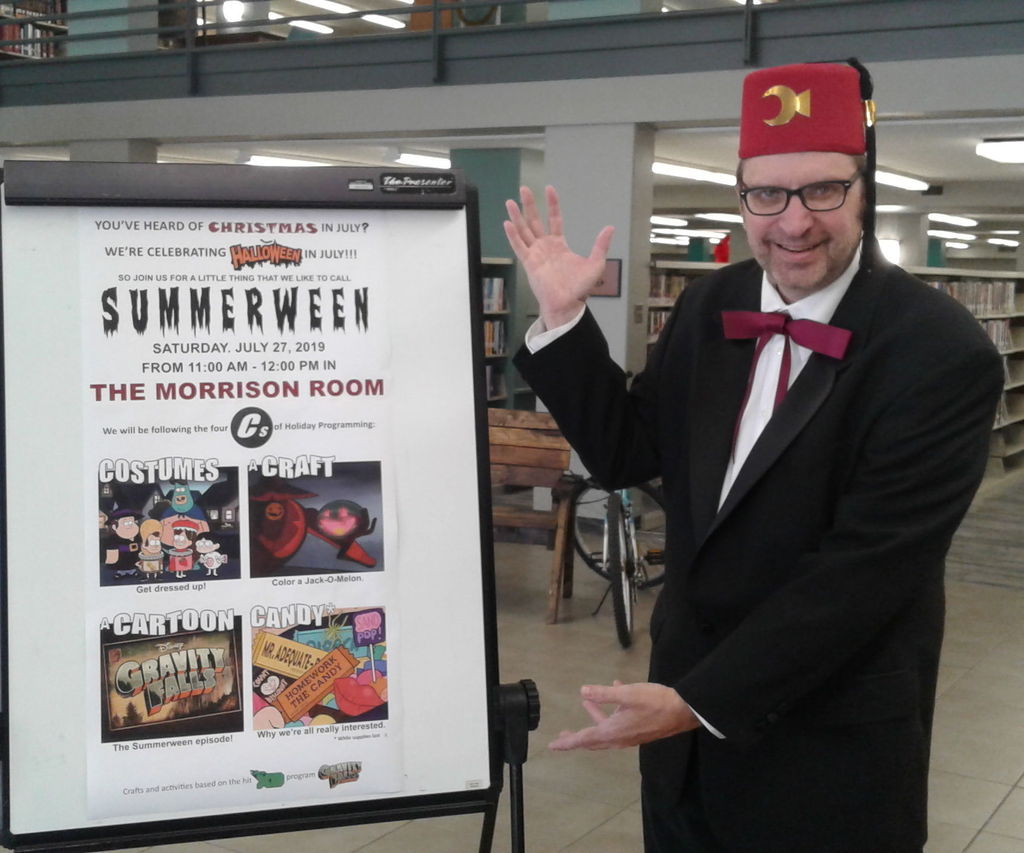 I blasted a photo of Stan's tie and created a template for how big it would be on a human. It is much bigger than a regular fly but I went to a store and took photos of fly as a reference source (gone are the days with clips on the fly, apparently). I had bought two different bandwidths about a year ago to make a tie for Stan. I had always noticed that the width of the tie and the width of the "threads" that resulted from the tie were different widths. It was a bit of dimensional but close enough.

I calculated the length I would need for the main loop on the tie's body. I then backed this tape with a bit of self-adhesive foam to give the band some body. I clamped the tie in the middle and put a staple in it to hold the shape.

The knot on the tie became a free flow experiment. At first I would just wrap a rectangular piece around the middle but it looked too square. I then cut out notches on the sides which made it impossible, but still not full enough. I built up the middle of the tie by hot gluing small pieces of foam on to give it some bulk and height, and then wrapped it in with the center piece.

I then threaded a ribbon through this for the tie part that would go around my neck (because I didn't want to calculate the mechanics to create a clamp. I put Velcro on the pieces to attach it to the back of the neck and then hidden by collar on the shirt.

How to install and configure an FTP server (vsftpd) with SSL / TLS on Ubuntu 20.04